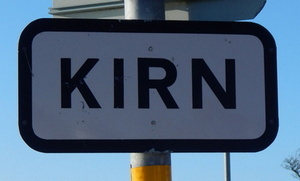 History of the Church

This beautiful red freestone church lies in the heart of Kirn.  The building is far more than the sum of the craftsmanship in stone, or wood, or glass, it is a place of peace and worship. How lovely is thy dwellingplace.  The beautiful red freestone building was dedicated to the glory of God on the 25th September l907. The stone was quarried near Corrie, on the Isle of Arran, and brought to Kirn by boat. The total cost of the building was £6,452/18/6 (£6,452.92). The architect was Dr. Peter MacGregor Chalmers. He planned a church on traditional lines, consisting of a nave, a transept on the South, with the chancel and the baptistry on the East. The arches separating the north aisle and the transept from the nave of Norman design; the capitals of the pillars show the work of an accomplished craftsman.

The craftsman who executed this work was a deaf-mute, whose silent testimony to the glory of God is far more eloquent than a thousand words.

There are three of these, carved at points inside and outside the building. These mark the places where, in the Episcopal Church, the Bishop would sprinkle Holy Water and anoint the walls during the consecration rite, a rite not used in the Church of Scotland. At the time of the building of the Church, however, there was a revival of old customs in architecture, and the possibility of union with the Episcopal church, and either may have influenced the architect. You will ﬁnd the architect’s ‘signature’ stone in the transept. Dr. Chalmers is also remembered in the baptistry window.

“Hear the Word of God”

The pulpit is carved from the same Austrian oak as the communion table and has many small symbols worked around it. These include the Tree of Life, the Lambs, Eagles, a Serpent, the letters HIS (Jesus, Saviour of Mankind) and the monogram Chio Rho (R). These are the ﬁrst two letters of the Greek word ‘Christos’, the anointed one. The carving on the base reads: “The Word of the Lord Endureth Forever”.

Situated at the back of the church inside the main entrance, this screen was erected and dedicated in 1991 in memory of John Niven Rennie. This was in recognition of his devoted service to his own parish church, his work on Dunoon Presbytery, at the General Assembly and on numerous committees. He had been Church Treasurer for over 33 years – initially of St. Andrew’s from February l957 until August 1970 and then Kirn Parish Church after the union with St. Margaret’s from 1970 until his death in 1990.

“All things bright and beautiful…”

There was no stained glass in the church when it was ﬁrst dedicated, and all the windows you see now were inserted at a later date as memorials. Each has its own particular beauty and fascination, and the following are of special interest

The Good Shepherd Window, opposite the front door, makes use of a raised glass, which gives the lambs a three-dimensional effect.  The West Wall is dominated by the large window, which reminds us of Christ’s commandment that we love one another. The ﬁgures of faith, hope and love, together with other symbols of the gifts of the Spirit, surround the ﬁgure of a young man, who may be Timothy, who wrote at Paul’s dictation. The newest window was dedicated in 1989 and represents the Beatitude “Blessed are the pure of heart, for they shall see God”.  It is interesting to compare the colours and style of this window to the others, which are much earlier.

As you leave the church via the porch, you will see a small window with a ﬁgure of Christ. The text reads “The Lord shall preserve thy going out and thy coming in from this time forth and for evermore”.

‘O taste and see the Lord is Good’

The Communion Table, the centre of our worship and the focal point of the church, is of Austrian oak. The interwoven design, with neither beginning nor end, signiﬁes eternity, and the words of Jesus: ‘I am the I true vine’ (John 15:1) and : ‘I am the bread of life’ (John 6:35) are carved along the top. If you look up from the chancel, you will see that the top of the supporting pillars are carvings of the four symbols which have, from the earliest times been associated with the four evangelists.

The seven-branched candlesticks are the congregation’s memorial to those who fell in the 1939-45 war, and a plaque bearing their names is on the wall. The three main windows in the chancel depict the cruciﬁxion, resurrection and ascension of our Lord. Around the main pictures are many smaller symbols, all of them worthy of attention.

We see Judas’ money-bag, Jacob’s ladder, the hammer and nails which remind us, not only of the cruel cross, but also that our Lord was a carpenter at Nazareth. Here we see the sheaf of wheat from which the bread of the sacrament is made, we see the cup which we share.

Pelicans might seem to be a strange choice for a Christian symbol, but early legend has it that these birds fed their young on their own blood, and, since the blood of Christ was shed for the sake of all mankind, the pelican was adopted as a symbol of Christ. The small window on the south wall is a representation of St. Andrew, under whose patronage the church was dedicated.

‘Let the children come to me’

The stone font has a drainhole, which allows the water to return to the earth whence it came, on completion of the sacrament. The Virgin and Child window is in memory of Dr Chalmers. lt is noteworthy that the artist has used the Star of David instead of the more usual ﬁve-pointed star of Bethlehem. The capitals of the pillars show John the Baptist and a dove. John’s gospel tells us that the Holy Spirit, in the form of a dove, came to Jesus when he was baptised by John in the Jordan. Now that most baptisms take place during the main diet of worship, and because the baptistry is not easily seen from many parts of the church, the font normally used is the wooden one, which you will ﬁnd at the rear of the North Aisle. This font was in the former St. Margaret’s Church (thereafter the Church Centre, Hunter Street before its demolition a number of years ago) and is a ﬁtting memorial to those who died in the two world wars. How appropriate that those who gave their tomorrows that we might have today should be remembered in this way.

Together we can increase our congregation and build our work in the community. To get in touch ….
Contact Us